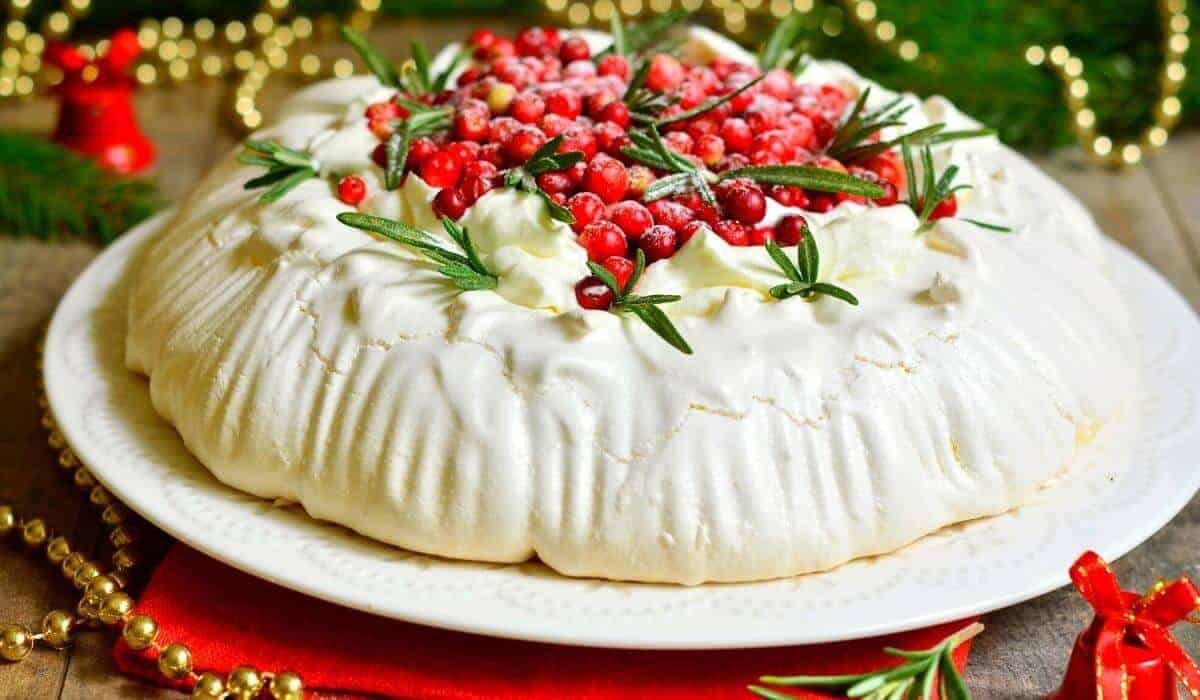 21 Traditional Christmas Desserts From Around The World 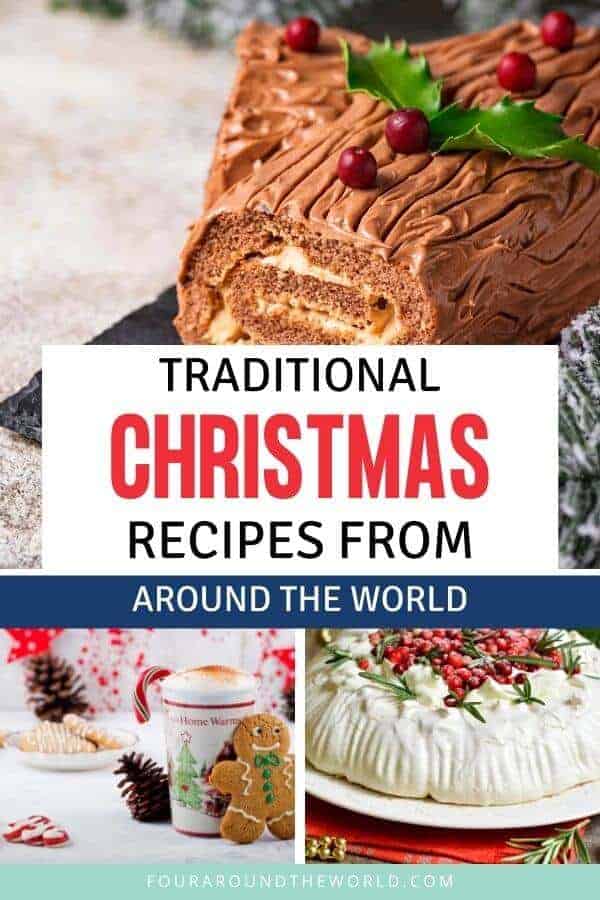 For many families, Christmas dinner is not complete without a traditional British boiled plum pudding and hard sauce, or mince pies.

On the other hand, many people – particularly children – can’t stand the taste and want something lighter after a heavy turkey dinner. But how fun it is to try new desserts during the holiday season!

Christmas Desserts From Around The World

Whether you are enjoying a White Christmas in Europe strolling through Christmas markets or spending your festive family time in the pool during an Australian summer, dessert is an essential part of every Christmas menu!

You will find many of these typical Christmas desserts at the Christmas markets around the world, but it’s far more fun to try and make them at home too.

Christmas baking with the Christmas lights flashing is a magical way to spend time together as a family.

For families who’d like to add a few new flavours into their Christmas feasting, without abandoning tradition entirely, here is a list of traditional Christmas desserts from around the world:

It’s no secret we love Polish food and it is one of our favourite places in the world to spend a White Christmas.

Pierniczki Świąteczne are Polish Christmas cookies and an easy treat to make ahead before Christmas or to share throughout the month of December, made in various shapes with festive themes.

There are many delicious festive desserts in Poland. Babka is one of the most well-known.

This Chocolate Almond Babka is a fun twist on traditional babka, swirled with chocolate filling, and sprinkled with crushed almonds.

Babka is traditionally eaten on holidays and shared with loved ones.

Pfeffernusse cookies are a traditional Christmas recipe in Germany, made with molasses, anise, pepper and seasonal spices.

They are a chewy cookie, coated in confectioners’ sugar. Pfeffernusse cookies are also popular in the Netherlands and Denmark as a traditional Christmas treat.

German Stollen (Christstollen) is another traditional treat for Christmas time in Germany. It is a sweet bread dusted with icing sugar to appeal to your sweet tooth.

There is no better family recipe for a Christmas dessert than this Chilean fruit cake. The secret ingredient is adding the dulce de leche to the batter to make it mellow and addictive! It is also a family tradition to serve this sweet fruit cake at Easter time.

Slovakian petite fours are a delicious Christmas dessert, with many variations. One popular variation is Medové Rezy – which translates to honey slices.

They are made with 4 thin layers of honey flavoured cake slices, filled with a creamy pudding mixture and a layer of jam. Then topped with a thin coat of chocolate glaze!

Known by the catchy name of Sekahedelmäkeitto, Finnish fruit soup is made in several different ways.

One method which produces a very “Christmassy” soup involves soaking and boiling mixed dried fruit with spices. Fresher, lighter versions can be made with canned fruit salad or fresh fruit and berries.

Fruit soup can be served hot or cold, thickened with potato starch or even gelatine.

The traditional British Christmas Cake is served throughout England (and in many other Western countries around the world) during the Christmas season.

There’s something truly special about the flavours that form a Christmas fruit cake – warm spices, citrus, and soaked fruit, with marzipan and royal icing.

Both Christmas cake and a traditional Christmas pudding are popular in many parts of the world, adapting this British culture into their traditions.

Another traditional dessert recipe in England is gingerbread cookies. Perfectly spiced crunchy cookies that are perfect for decorating.

A sweet, starchy cake, bibingka is made with coconut milk and rice flour or cassava and baked in a tin lined with banana leaves.

The cake is then topped with one of a number of toppings, ranging from grated cheese to sugar.

Some variations of the recipe are closer to pudding than cake and include sweetened condensed milk or a syrupy topping.

These Icelandic Pepper Cookies (piparkokur) are a popular Scandinavian Christmas cookie similar to gingersnaps. They are deliciously chewy and easy to make from scratch, using simple ingredients!

With some similarities to bunuelos, Danish aebleskiver are spherical pancake-type delicacies cooked in a special pan full of hollow indentations.

The dough can be flavoured with lemon zest and cardamom. After baking, the puffy sweet treats are served with jam or applesauce.

Variations of bunuelos (Mexican doughnuts) have spread all over Spanish-speaking countries and are variously associated with holidays such as Hannukah, Ramadan, and Christmas.

The treats are essentially deep-fried dough, sometimes filled or covered with syrup or dusted with sugar and spices.

One traditional form of bunuelos involves an anise-flavoured dough, which is dredged in brown sugar and cinnamon after frying.

As these taste best hot, it is best to make them during a pause after the main course or at another point during Christmas day.

This traditional Christmas bread is not limited to dessert but can be munched on at any time during the day. This is a sweet bread recipe.

This Belgian bread is sweetened with dried fruit and baked in a shape reminiscent of the swaddled baby Jesus.

This sounds incredibly laborious, but in fact, the thirteen desserts traditionally served in Provence are very simple.

The dishes – thirteen for Christ and the twelve disciples – include nuts, fruits, two kinds of nougat, quince cheese, and local biscuits and bread.

More like a cheese and fruit platter than a typical dessert, this is the ideal finger-food fare for nibbling on while chatting or opening gifts or a simple way to fill the Christmas table.

The debate over which country invented the pavlova continues on, but both Australian and New Zealand traditions often involve the meringue dessert made from sugar and egg whites as a perfect dessert staple. Our family included!

Because Christmas falls in summer in Australia and New Zealand, light, chilled desserts such as pavlova (often decorated with strawberries, passionfruit, and kiwifruit), brandy snaps, and ice cream are popular.

A trendy twist on pavlova is the pavlova roll, in which the meringue is baked to a chewy consistency and rolled up Swiss roll-style.

You can find my own near fool-proof pavlova recipe to try for your next Christmas dessert table!

Brazilian Flan is one of the most traditional desserts in Brazil. It’s so creamy and so smooth that it melts in your mouth. Best of all, this is a really quick and easy festive dessert to make.

Burbara is a Middle Eastern dessert that is usually made and enjoyed on Saint Barbara’s Day on December 4th to mark the countdown to Christmas.

Made from wheat berries, which are soaked overnight, then boiled until tender and topped with a variety of seeds, nuts and spices.

For many countries around the world, Christmas Eve is an equally important part of the celebrations and feasts, with many cultures following midnight mass with a traditional Christmas dish.

The Bûche de Noel, or Yule Log cake, is a traditional French cake that is served after midnight mass on Christmas Eve.

This roll style cake is iced with chocolate cream cheese icing. It is popular in other parts of Europe on Christmas Eve also – not just in France. And it is decorated to actually look like the shape of a log.

This pudding dessert gives a perfect balance of comfort and treat.  It can be served hot or straight from the fridge for Christmas eve convenience.

This year, try exploring your family’s cultural heritage – or shamelessly borrow from other cultures – and make memorable, meaningful Christmas desserts from around the world.

What is at the top of your Christmas sweets list?

Want more traditional recipes from around the world? Check out these: