Tasmania is one of our favourite destinations in Australia and the place we spent our first babymoon as well, on an 8 day Tasmanian road trip travelling from the bottom to top and seeing some of the main attractions. One of the places we knew we wanted to see during our first time in Tasmania was the Port Arthur Historic Site. 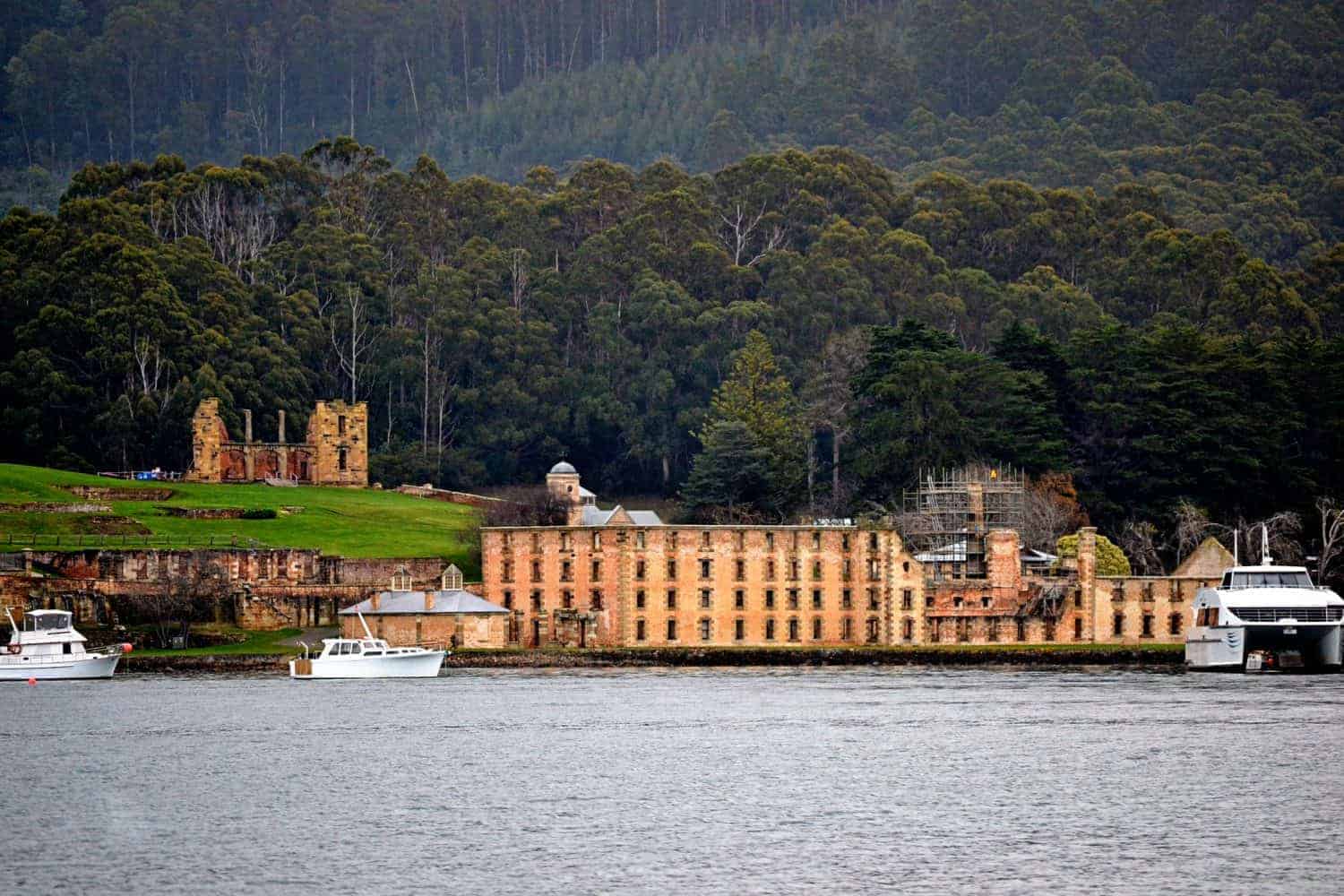 Port Arthur Historic Site is situated approximately 90 minutes from Hobart, Tasmania’s capital, at the southern end of the Tasman Peninsula. It happens to be home to some of Australia’s most interesting (and tragic) history.

Most famous of the sites is the Port Arthur Penitentiary, where many of Australia’s early convicts and criminals did their time. It is also sadly the site of one of Australia’s worst crimes, the 1996 massacre that took place on the grounds, claiming many innocent lives.

As well as the prison, the Historic Site is home to a dockyard, convict church, museum houses, a hospital, coal mines, and expansive gardens, all formed as part of the greater prison community. The site is heritage listed, with the opportunity to learn so much about this piece of Australian history.

For me, prison tours are always a little more interesting than they may be for some, as my background is in the prison system as a psychologist. This is a career I left only mid-2014 after close to a decade of working in the field so I love hearing the comparison between historic prisons and their modern counterparts. You will actually be surprised in some cases how many similarities still exist, and Port Arthur is certainly no exception.

The Port Arthur Penitentiary was originally constructed in 1843 as a flour mill and granary before converting in 1857. It was originally capable of housing close to 500 convicts overall. It had a Watchmen’s Quarters, a meals mess, library, chapel, workshops and ablutions complex on the grounds, however the building was destroyed by fire back in 1987. The remains of the original penitentiary stand today, with the conservation project commencing in the 1960s to maintain what was left of the historic site. More recently, a project has been in place to ensure the conservation of the prison remains for future generations.

During a visit to Port Arthur, you are able to walk through the remains of the penitentiary safely, which gives you an idea of how impressive the structure once was. There are lots of historic notes around the site, to give you an idea of how each of the areas was utilised, and other significant events that took place. 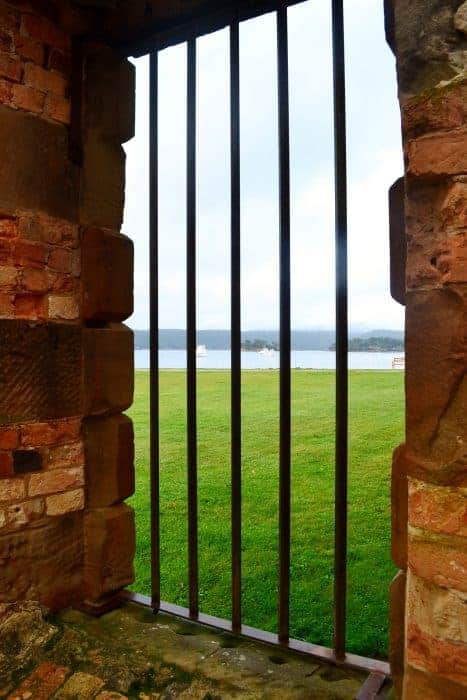 We joined a Port Arthur prison tour, which is a guided tour that occurs at regular intervals throughout the day.

We had a fantastic and engaging tour guide who had such incredible knowledge of the site. He spoke of the importance of work or education for the convicts, how these were mandatory to ensure released convicts had skills to help them if they returned to society. This especially has such a parallel with modern corrections.

A separate prison was constructed back in 1950, which formed what we know these days as the solitary confinement area. Single cells, isolated from other convicts and only given an hour a day of exercise in the adjoining exercise yard. Not unlike many of Australia’s maximum security facilities now.

This area of the site is still in good condition since it was unaffected by the fire that destroyed the main prison area. 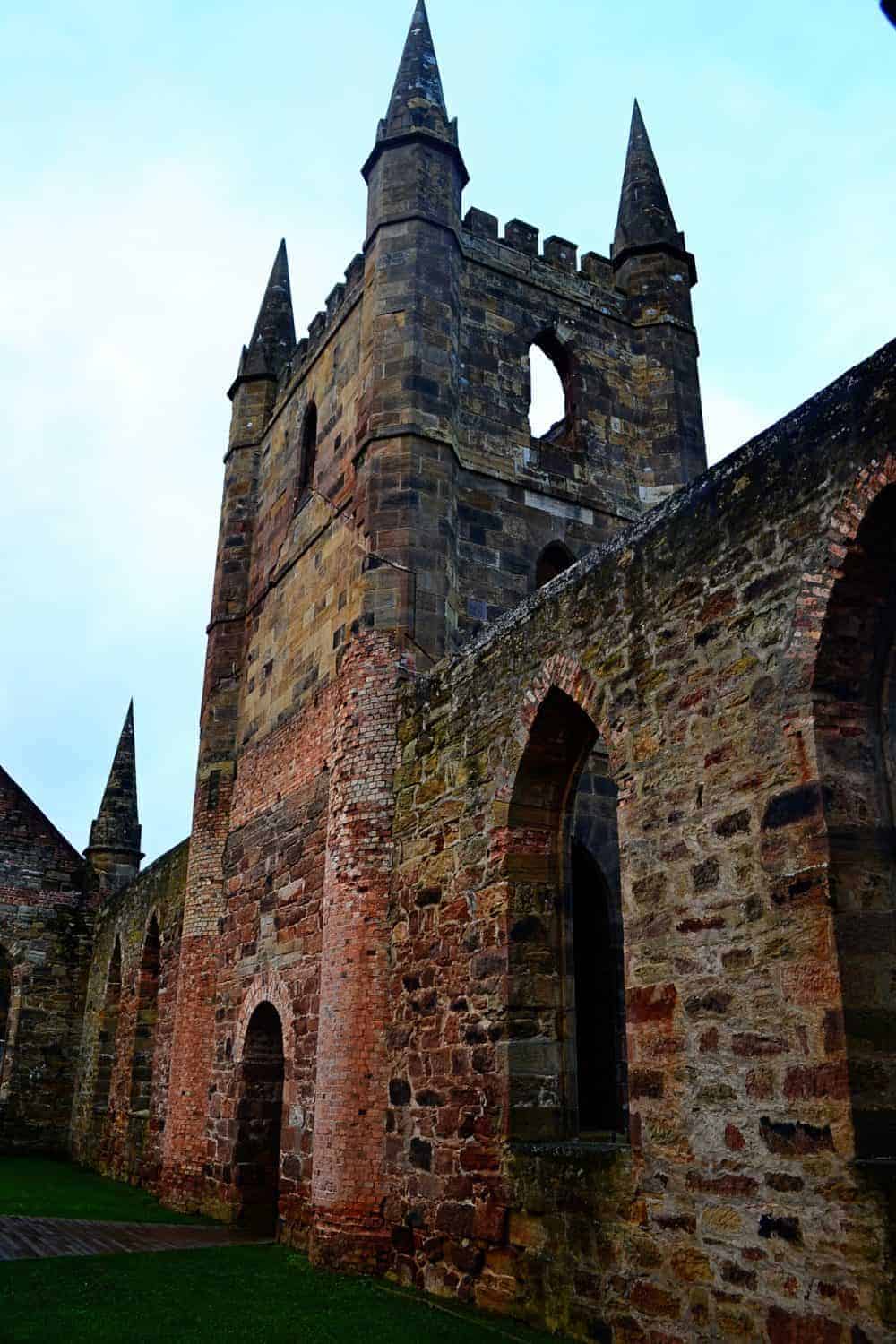 Another impressive structure on the Port Arthur Historic Site is the convict church. While also destroyed by fire, the church has undergone several rebuilds over time and is worth a visit on its own, with its impressive high walls and large space to accommodate convicts and staff all at once. 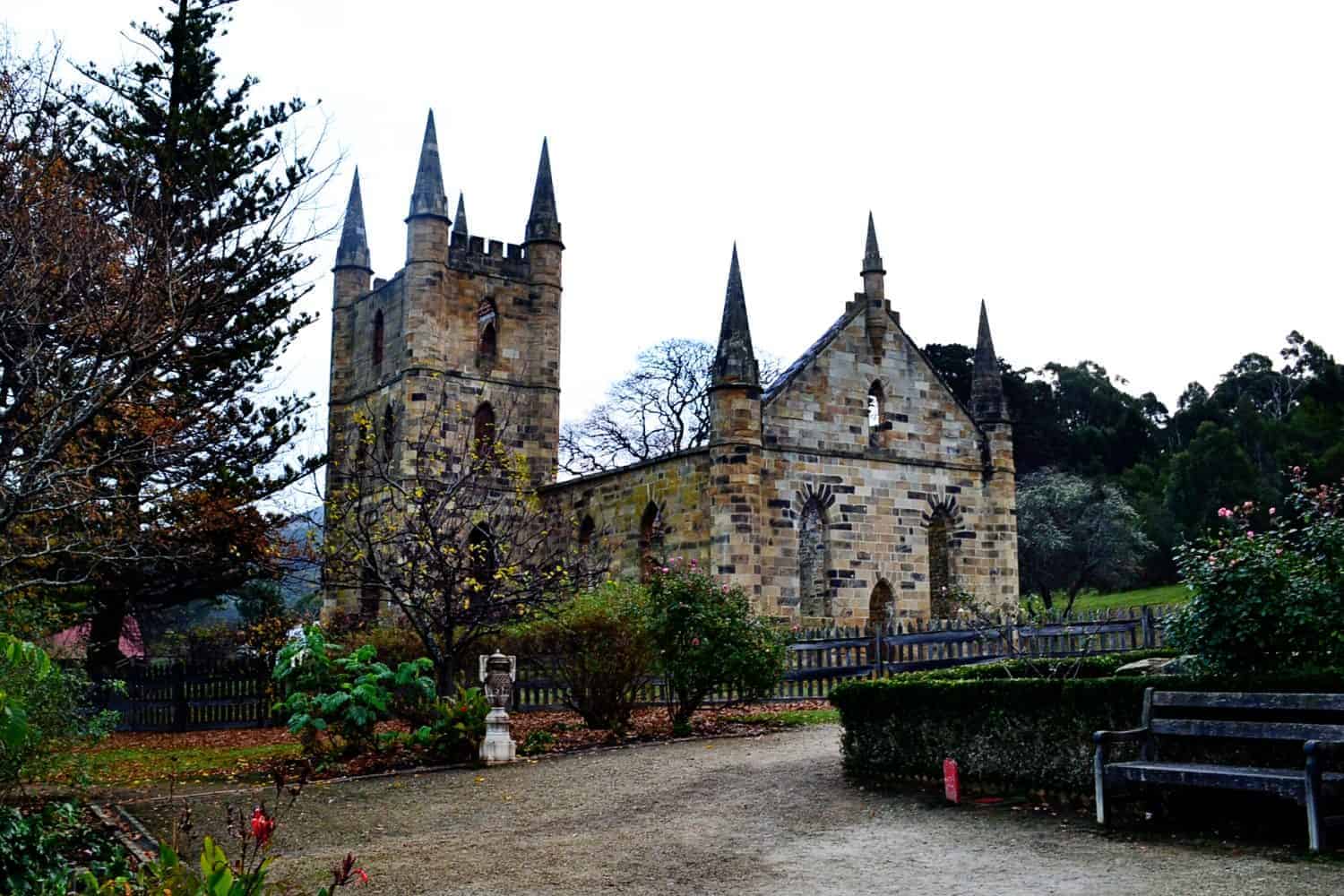 There are several houses located nearby the prison and church grounds that were home to many of the important individuals involved in the prison management over the years. Many are now restored and able to be viewed during your visit and some are said to be haunted. Eeeek!

Between the houses and the prison sites are some lovely expansive gardens, filled with colourful flowers and greenery. There is also the every so important Commandant’s garden, planted back in 1950 and maintained since, along with the Commandant’s well preserved residence.

Overall, Port Arthur Historic Site is an interesting attraction, well worth the visit. It will particularly appeal if you are a fan of history… or prisons. There is enough to fill a couple of hours easily during the visit, with extra seasonal activities such as a cruise. There is also a restaurant on site that serves great food and plenty of variety to suit all tastes.

There is a Port Arthur Historic site entry fee associated with visiting, as well as many tours that will take you for a half or full day trip from different parts of Tasmania. Our entry was inclusive of a Tasman Island Cruise which we did prior to entering Port Arthur.

Port Arthur Historic Site has plenty to see and is suitable for children, however, younger children may become bored during guided tours, depending on their interest level. They may also be too young for certain tour options, like ghost tours.

There are plenty of bus services and tours available to transport you to Port Arthur from the surrounding cities and from Hobart city.

We had a hire car and took the self-drive option. If you choose to travel to Port Arthur via private transport, be mindful of the windy roads and wildlife. It is the one downfall to the beautiful natural scenery along the way. 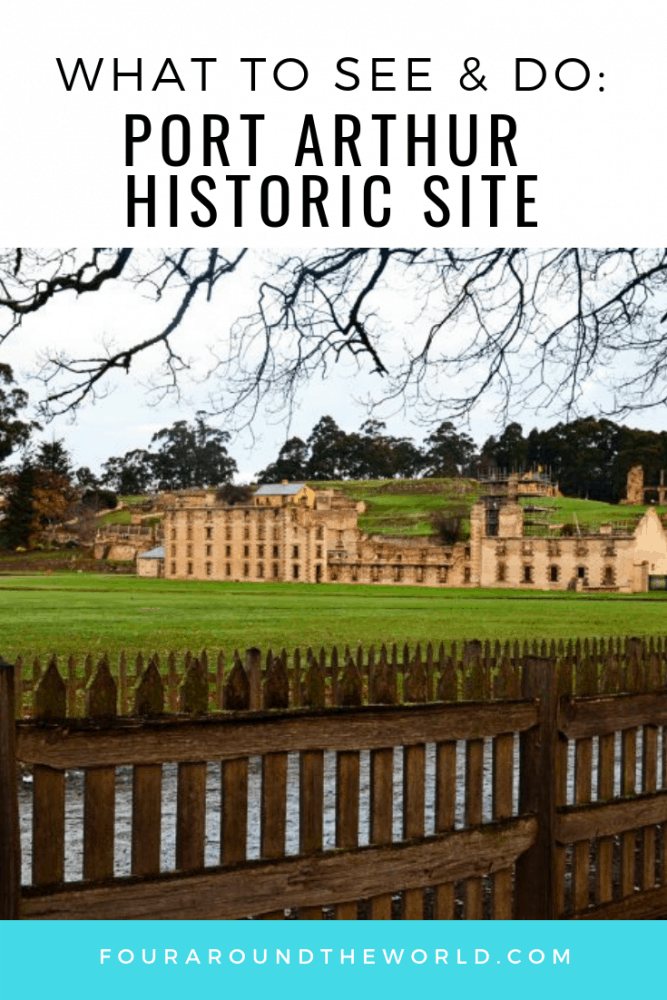 133shares
This article may contain affiliate links, which means we may receive a small commission, at no cost to you, if you make a purchase (disclosure).

We’re  so glad you’re here! We are the Connors Family from Australia and if you hadn’t guessed it by now, we love to travel! We have given our 2 girls a passion for adventure since they could walk and we hope our family travel tips, guides and inspiration will help you make incredible family travel memories too!

Giving your children the gift of experiencing the world is one of the greatest things you can give them. Our goal is to help other families to create incredible memories through travel and to make sure your family travel is made easier so you can make the most of your future adventures!

We would love to work together on your next travel project!