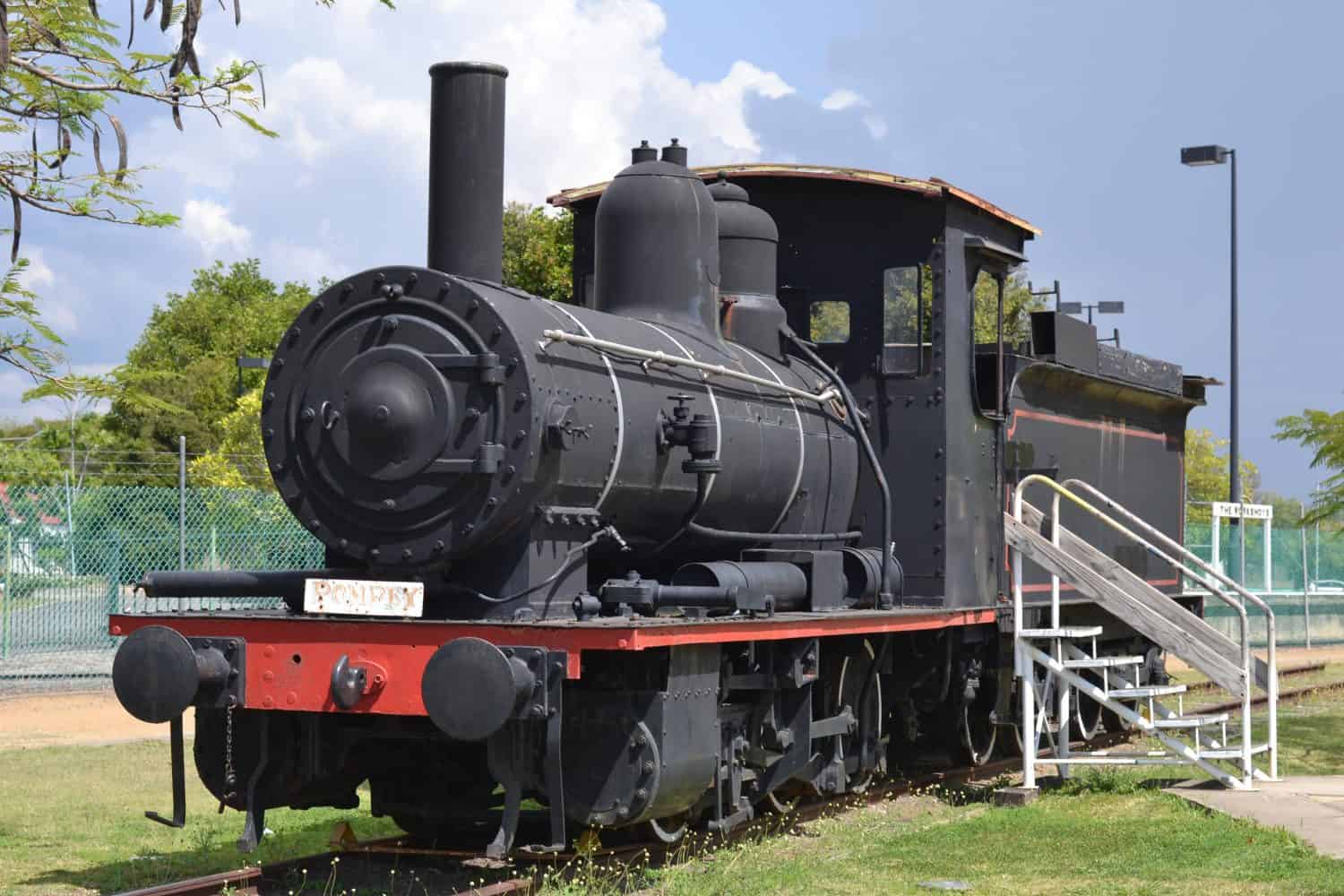 We have lived in our area for quite a few years now. In fact, both of us grew up within around half hour of where we are living now, with the exception of me spending my first 5 years interstate in Victoria before my family moved to Queensland back in the late 1980s.

While our current home town of Ipswich has quite a bit of history, it isn’t the sort of place you think of as somewhere full of tourist destinations and local attractions. It’s a convenient gateway between Brisbane, the Gold Coast and the Darling Downs region though, so plenty within a short drive away.

However there is one rather popular attraction in Ipswich that we were guilty of having not visited before… until last month. The Workshops Rail Museum in Ipswich.

The museum is literally 10 minutes drive from our house. And we’ve heard nothing but good things over the years, so it is a wonder it has taken us so long to get there… but at least we finally did!

The Workshops Rail Museum is a place rich in Australian railway history, with the first train journey in Queensland leaving from the Workshops site over 145 years ago to nearby Grandchester (once known as Bigges Camp).

The Workshops site was the location for rail construction, maintenance and advancements in technology to take place, with over 200 steam locomotives constructed on the site.

During WWII, the Workshops employed over 3000 people, making it Queensland’s largest employer at the time.

The site was repurposed as a museum back in 2002, whilst also being the oldest operating railway workshops in Australia. Visiting the museum not only gives you the opportunity to learn about Queensland and Australia’s railway history, but also to see train repair and reconstruction in progress when participating in the workshops tour.

Visiting the Workshops Railway Museum is a fun experience for the whole family, catering to all age groups and interest levels, even if you aren’t a train fanatic! The history of Australia’s locomotive progression is on display with retired trains and steam engines to view and some you can even walk through.

Each train display includes information signs and history, however many of the displays are also interactive with videos, buttons and other fun stuff to create an educational experience to suit different ages.

Like any museum, there are display areas of items and artefacts from days past, with lots of great stories to tell. Some of this may be a tad boring for younger visitors, but you could easily spend quite a few hours if you wanted to absorb everything in the museum during your visit.

The Workshops tour takes you behind the scenes of the museum and into the functional railway workshop area. The tour runs twice daily at 10:30 and midday, and takes around 30 minutes. It gives you the opportunity to see Queensland Rail’s Heritage Rollingstock Maintenance and see what trains are being worked on at the time.

You need enclosed footwear for the tour due to it being a work zone, so make sure you plan ahead for your visit if you plan on doing the tour.

The Workshops Railway Museum caters to children in a big way. There are several exhibits that operate daily with the younger visitors in mind.

Kids will love seeing the giant model railways in the centre of the museum, modelled on Queensland’s rail system. Pretty much every train enthusiasts dream train set.

Not strictly for kids, Platform 9 gives you the chance to experience life in the past, stepping back into time and experiencing trains from the past. There are several train carriages that have been restored to allow you to walk through, take a seat and pretend you are heading on your next adventure.

Sure to be the biggest hit with the kids, the Nippers Railway play area is a train themed playground with a track around the outside, a mini train station and ticket office, trikes and a push along carriage. The kids will easily spend hours if you let them playing in this area. There are also mini train sets for smaller kids to play with who may not have mastered the bikes and tables to do drawing and colouring as well, if quieter play is more their style.

There is also an educational area with interactive displays similar to the science centre, allowing kids to learn while they have fun with different physics and science based train activities.

The Workshops Railway Museum is located on North Street, North Ipswich in Queensland and is open daily from 9:30am until 4:30pm. There are more than 15 hands on permanent exhibitions, and seasonal exhibits throughout the year.

Admission prices for The Workshops Rail Museum are $21 for adults and $12 for kids aged between 3 and 15. Family passes are $63 and included 2 adults and up to 4 children. Annual passes are also available.

The Workshops tour is included with your admission price.

There is a cafe on site open for lunch and snacks.

The Workshops Rail Museum is suitable for pram access, with ramps situated throughout allowing access to almost all exhibits within the museum.

There was only one train exhibit I was unable to enter with the pram due to stairs climbing into the train and not wanting to wake the sleeping baby by carrying her in. Luckily we visited as a family so Simon took our eldest daughter in for a ‘ride’ on the speed train.

Plus during certain times of the year, the Thomas the Tank Engine event takes place at The Workshops Rail Museum, which is pretty exciting for kids.

Have you been on an epic train journey? Tell us about it in the comments.