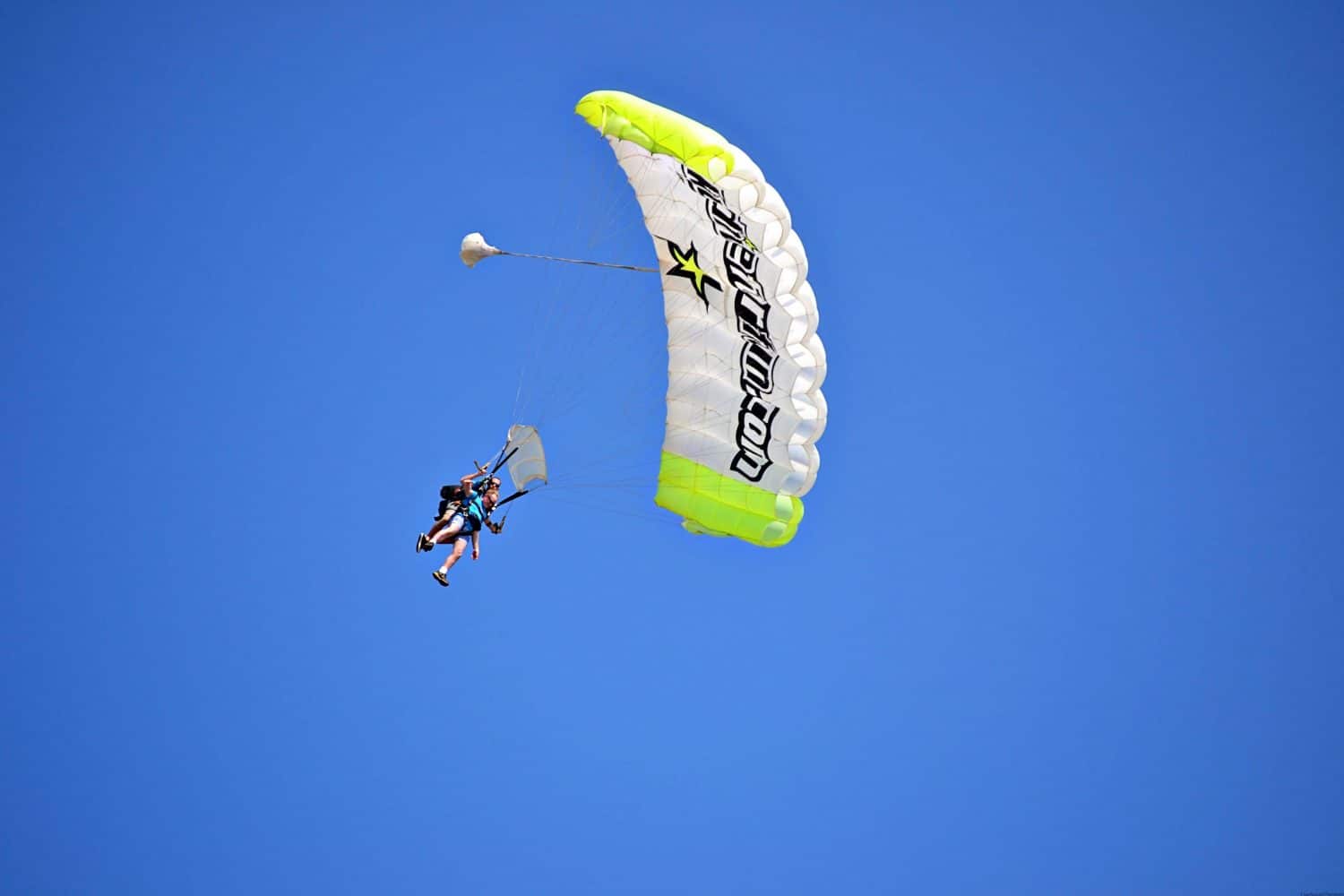 Last year we spent a week in Coolum for our annual family holiday with my husband’s family. This is a relatively new tradition of ours but one we look forward to every summer since we started.

Mostly we head to relatively nearby destinations, within Queensland such as places only day trips from Brisbane away, or just over the NSW border.

Our week in Coolum coincided with my father in law’s 60th birthday. We hadn’t really organised a present yet, all thinking of something cool and unique he could do during the trip. One night at dinner he made a joke about skydiving in Coolum for his birthday.

Little did he know the rest of us decided this was a great option. Come the morning of his birthday, we advised him of the big surprise – he was going skydiving in Coolum.

Yep he was a little shocked. Safe to say a little nervous too, but he’s a bit of a daredevil when he wants to be so there was excitement too. We dropped him off at the skydiving starting point and headed to the beach where he would be landing later on that morning.

We had the cameras ready as soon as we saw the spec on the horizon.  There were two of them skydiving in Coolum that morning. The other brave skydiver newbie was having his 40th birthday. Celebrations and bravery all round!

The skydiving is tandem for beginnings, which I assume is the case everywhere. Hopefully!

25 Exciting Things To Do In Perth With Kids | Western Australia

While personally I don’t think I’d ever do it, my father in law loved his experience of skydiving in Coolum. He said the views from up high were simply amazing and it was well worth it for that very reason.

Needless to say, we were very impressed with his bravery. Apparently 60 is the new cool!