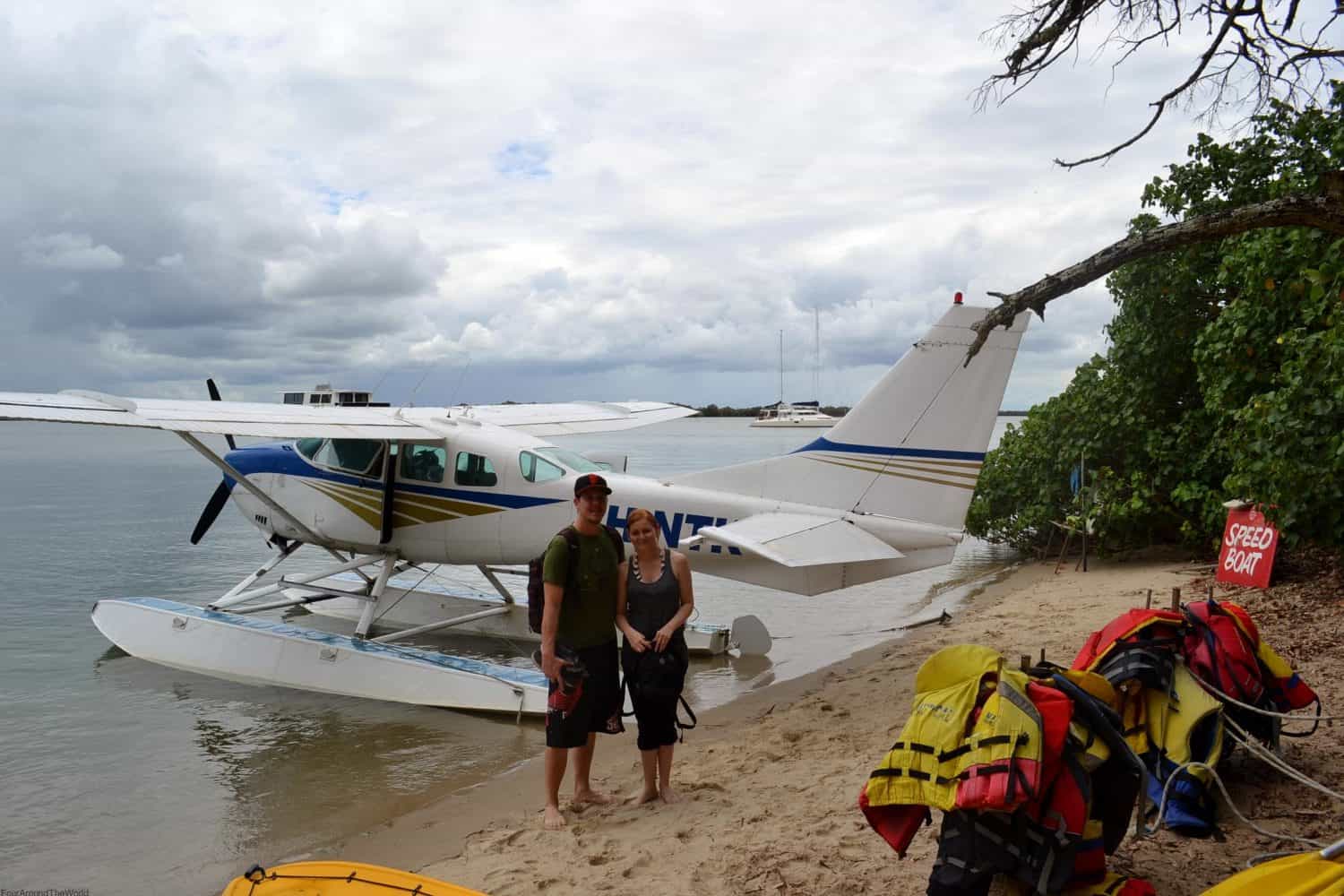 A few years back Simon turned 30 and I went all out spoiling him for his milestone birthday. In the months leading up to his May birthday, I stumbled onto a special discount rate for a seaplane tour and day trip to Stradbroke Island.

It sounded pretty amazing and totally memorable, so I booked it in, along with 2 nights at Seaworld Resort Gold Coast, where the seaplane leaves from (not to mention also a long weekend for later in the year to Auckland… yes, spoilt!).

We arrived the night before and enjoyed relaxing at the resort, and a leisurely dinner. The next morning we headed to the pick up point to the rear of the resort, on the water. We sat and we waited. And we waited some more. And we waited. I think it was an hour and a half before a phone call came to say the plane had broken down. YIKES!

We were asked if we wanted to instead have a 5 minute helicopter ride instead of our 25 minute plane tour, island visit and lunch. Umm… no thanks. So we went to Seaworld for the day instead, disappointed and frustrated.

A few months later we had the time to book again, so we gave it a second shot. I will admit i was kind of nervous this time… what if it broke down again? IN THE AIR? OMG!

But that wasn’t the case.

We got our seaplane tour over the Gold Coast to Stradbroke Island where we had several hours to spend at McLaren’s Landing, enjoying a big BBQ lunch, the beautiful island scenery and hanging out with wallabies, before catching our seaplane back to Seaworld Resort… safe and sound.

Thankfully Simon doesn’t possess one ounce of fear so he was excited and happy with his belated 30th birthday present. And the views were pretty amazing!

Have you been in a seaplane? Would you?