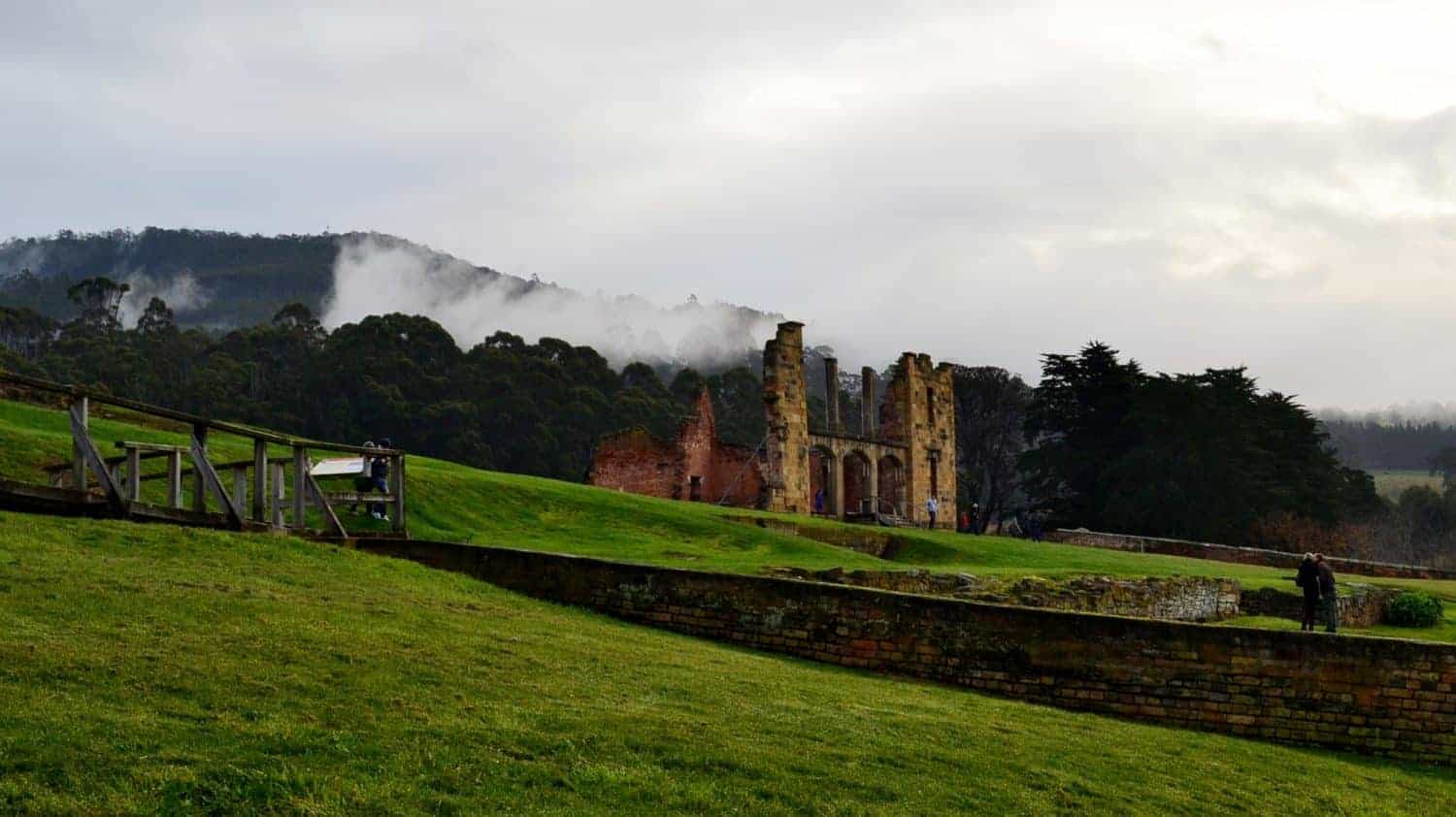 The Best Haunted Places in Australia

What better time than Halloween to share some of the best spooky attractions in Australia. While personally, I tend to be a little reluctant these days to actually visit some of these places… at night at least, I have always been fascinated reading about tales of haunted buildings.

Australia has plenty of their own so-called haunted areas, and lots of ghost tours in Australia, for those of you who like to be scared while you travel. Many of these places we have visited during the daytime and it doesn’t take much imagination to consider how eerie they would be at night… ghosts or not.

While ghost tours are not something we would be doing with our two very young children, some of them are designed to be fun-filled scary, and suitable for older kids who love the thrill of such things.

Many of these tours and sites would make the perfect places to celebrate Halloween in Australia.

Brisbane Ghost Tours – With our hometown near Brisbane, we have visited many of the sites of the Brisbane Ghost Tours over the years, but have not actually done the tour as yet. They have numerous tours available to different areas of Brisbane and surrounds, including both a walking and coach version of their popular inner Brisbane tour.

The walking tour runs twice a week, while some of the other tours are less frequent, however, each gives exclusive after-hours access to some of Brisbane’s most haunted places. Children under the age of 12 are not permitted on the tours.

Some of the sites included on the tours include:

They also conduct tours in our home city of Ipswich, through the cemetery and near the former asylum. As well as having tours for other areas in Queensland, such as North Queensland and Norfolk Island, there are plenty of options for haunted attractions in Queensland.

O’Reilly’s Rainforest – Want to enjoy a Gold Coast Hinterland overnight stay, complete with a ghost tour? Even some of Queensland’s most beautiful tourist destinations have a spooky past to explore.

Beechworth Lunatic Asylum – Previously known as the Mayday Hills Lunatic Asylum, this ghost tour opportunity will take you through the haunted halls of the former asylum, with stories of former patients and staff, and possible spooky sightings.

This tour runs daily and is suitable for children 8 years and up. They also run paranormal investigation tours and overnight stays for the diehard fans of all things scary.

We actually attended a completely non-spooky wedding near the asylum many years ago. The reception was held in the large and renovated George Kerferd Hotel function area. Areas of the former patient housing have been converted into function accommodation for groups, with the common area being great for partying on into the night. Plus the former morgue makes a somewhat picturesque wedding chapel… yes, I just said that!

Once the celebrations were winding down, a couple of us ‘youngsters’ – I think we were around 20 at the time, went for a night walk around the grounds and it was downright freaky! At the time I’m not sure if ghost tours were happening, but some of the sights through windows of the abandoned buildings were so eerie.

There were information signs around as well, making it an educational spooky late-night walk.

There are also the remains of the Ha-Ha walls that confined the patients to the asylum property. All of which is far less creepy in the daylight following the night of the wedding.

Old Melbourne Gaol – Another place full of Australian history, with excellent daytime tours offered, which also include their own momentary freakiness, like that dummy above in one of the cells.

We had the chance to be locked in a cell during our tour and I don’t think I have ever been anywhere so dark in my life. Imagine doing the tour at night? Eeek! As the place of Ned Kelly’s execution, you are sure to get a big of a spook joining the Old Melbourne Gaol ghost tour.

They offer 3 different night tours, with one specifically focused on ghosts. Each is recommended for children 12 and up, but the day tours are certainly suitable for children of all ages.

Monte Christo Homestead – Claimed to be one of Australia’s most haunted houses, Monte Christo Homestead was once the home of the Crawley’s and has a lot of history to tell. The ghost tours can sometimes be booked out months in advance, which is a sign it may be somewhat awesome for getting your spooky fix. Accommodation packages are available in the homestead, which is now owned by the Ryan family.

Quarantine Station – This historic site situated within a national park was once used to quarantine people and ships from 1833 to 1984. Ghost tours are now offered from ages 5 and up. There are said to be at least 55 entities wandering the grounds, through the hospital, morgue and dining halls, not to the shower blocks, which are said to be particularly freaky.

Studley Park House – With two unrelated tragic deaths over the years, one from drowning and the other from appendicitis, it is believed the spirits of the two boys have remained at Studley Park House, which was once a school, and they continue to play together all these years later.

The Rocks Ghost Tours – This Sydney hub of daytime activity has its own history of dark and sordid tales, from murders and suicides, and the so-called ‘ghosts’ that linger. The tour runs nightly for adults only, plus they even offer ghost team building and hens party tours for something a little different.

Ghost Tours Sydney – The Sydney ghost tours company offers tours to suit everyone, with several different tours available, from the adult-only Haunted Sydney, Ghouls Night Out or Full Moon tours, but they also offer a family friendly ghost tours for ages 9 and up in case you are travelling with kids.

Some of the sites visited include:

Port Arthur Ghost Tour – We have visited Port Arthur during the day, and even then you can see hints of what could be a very spooky place when the sun goes down. We heard tales of how some of the heritage-listed homes on the site were in fact haunted, and one of which we didn’t go into and I will admit I was kind of relieved since the sun was already falling.

You can read our Port Arthur post. But they do offer actual Port Arthur ghost tours at night as well.

With more than 1000 people having died at Port Arthur over the years, this is claimed to be one of the most haunted places in Australia.

12 Best Beaches in South Australia For A Coastal Adventure

The tour runs nightly and is suitable for children, although anyone under 17 must be accompanied by an adult. Once a month they also hold a late-night paranormal investigation tour.

Penitentiary Chapel – This Hobart heritage-listed site is one of the most prominent most haunted places in Australia, with ghost tours taking you from the courtrooms and solitary confinement cells, right through to the morbid execution yard. We never had the chance to visit during our Tasmania road trip, but it’s on the list for next time.

Adelaide Ghost Tours – The Adelaide Ghost Crime Tours are the perfect way to learn about some of Adelaide’s criminal history and the spooky related events that followed. Each of the murders discussed are at least 50 years ago out of respect for potential living relatives. Tour participants must be at least 13 years of age.

Some of the sites visited:

Moonlight Haunted Tours – If you want to see even more of haunted Adelaide and surrounds, Moonlight Haunted tours has several different tours, including a haunted pub crawl. Other tours include Port Adelaide Moonlight walk, Kupunda Haunted Diner and a paranormal training workshop.

Fremantle Trams Ghost Tours – While now a place of popular arts and entertainment, Fremantle Arts Centre was once an asylum and is now believed to be one of the most haunted places in the southern hemisphere.

The Fremantle trams ghost tours also take you to Fremantle Prison, the Roundhouse and the Fremantle Cemetery. Enjoy a meal of fish and chips along your tour, while you stop off at these and other historic Fremantle sites.

Albany Convict Gaol – Like the many other most haunted places in Australia, the former Albany prison is no exception to haunted tales and unexplained events. They offer night tours for anyone who is game.

Ghost Tours Darwin – Even Australia’s north has its own set of haunted places, with tours running Thursday to Sunday each week and taking in sites such as the bomb site in Darwin city during war time, and East Point. The tour will tell you many other ghostly stories as well. Suitable for all ages if you choose. There are dinner tours available

Yowie Man Tours – For Canberra ghost tours, Time the Yowie Man takes you through the Canberra history not in the guide books, telling tales of scary happenings and horror stories of days gone by. While some of the buildings cannot be entered during the tour, you will hear stories and visit the sites of the following:

After putting together this list, my curiosity has sparked with visiting many of these sites, although I’m not guaranteeing any late-night visits. Maybe I will start with a day visit to each and build up some courage… after all, we can’t take the kids. Useful excuse!

Although my personal background of having worked in prisons as a psychologist for the better part of the past decade does give me an unnatural fascination with historic prison sites and asylums, so those are always top of the list.

Are there any haunted places in Australia you have visited that aren’t on the list?