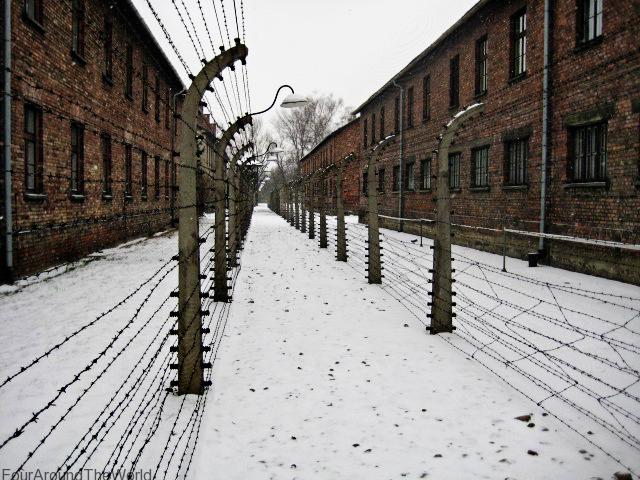 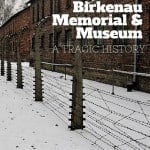 Auschwitz-Birkenau is one of the most harrowing and significant sites in all of Europe. The Auschwitz-Birkenau Memorial and Museum is a must-visit for anyone interested in learning about the horrors of the Holocaust. This is the ultimate guide for visiting Auschwitz, with tips on how to get there, tours and more to help you plan your visit.

There are certain places you visit along your travels that will stay with you forever, but not in the same way as all those favourite destinations and adventures.

Some places will leave you feeling unsettled and horrified by the capabilities of our fellow human race. The place that leaves me feeling that way more than any other I have visited is the former Nazi concentration camp Auschwitz.

Auschwitz was the largest concentration and extermination camp built by the Nazis during World War II. It was located in Oswiecim, Poland, about 25 miles west of the then German city of Krakow.

The camp operated from 1940 to 1945 when it was liberated. During that time, more than 1 million people were killed, most of them Jewish. Auschwitz was not the first concentration camp, but it was the largest and most notorious.

The Nazis began using Auschwitz as a place to exile and murder political opponents in 1940. Soon after, they began deporting Jews to Auschwitz from all over Europe.

A visit to Auschwitz – Birkenau Memorial and Museum consists of seeing both Auschwitz and the nearby Birkenau, sometimes referred to as Auschwitz II. Both sites still remain, although some areas were destroyed following WWII.

Those that do remain have been preserved and converted into a museum site, educating visitors on the tragic history that took place in these places, and throughout Europe during World War II.

Planning Your Visit To Auschwitz

Use this guide to plan your visit to UNESCO World Heritage Site Auschwitz-Birkenau, including how to get there, when to go and other tips for making the most of your day trip. Then read on to hear our experience of visiting for the first time.

Auschwitz is located in Oswiecim, Poland, situated in Southern Poland. Oswiecim is about an hour and a half drive from the Polish city of Krakow.

How To Get To Auschwitz

The best way to get to Auschwitz is by car or bus. There is also a train that connects Oswiecim to Krakow. The train station is around 2km from Auschwitz so you will need to make your way to the memorial site from the station. The bus station is closer.

The other option is taking a guided tour which will include pick up and drop off from Krakow (or another city within Poland), a guided tour through the camps and any other inclusions you choose.

When Is The Best Time To Visit Auschwitz

The best time to visit Auschwitz Concentration Camp is during the warmer months, from May to September. The weather is milder and there are more daylight hours. Keep in mind that Auschwitz is a very emotional place and can be overwhelming, no matter what time of year you visit.

We visited in winter and it felt fitting considering the sombre mood it invokes. The memorial site is open for visits year-round.

We visited the memorial and museum in mid-December, close to Christmas. Our visit was part of a guided day tour that also included an evening visit to Wieliczka Salt Mine.

Mostly the photos speak for themselves. You can only begin to imagine what it would have been like for the hundreds of thousands of political prisoners of war that were taken here, many of which never left. Simply heartbreaking.

For me, the part that has always unsettled me the most is the fact that really it is recent history and not so long ago that these horrors took place. So hard to imagine such control and power could be exhibited by a group of individuals.

We like to think something like this could never happen again, but the world is an unpredictable place.

What To Expect When Visiting Auschwitz-Birkenau Memorial & Museum

When you arrive at Auschwitz, your experience will depend on the type of day you have planned – whether you are arriving with a tour operator or meeting a tour guide upon arrival.

If you are visiting on your own, there is an audio guide available for rent at the entrance. These are available in a variety of languages.

While visiting a concentration camp may seem like a very morbid way to spend a day of vacation, when travelling through Europe, so many of the cities you will visit have been impacted in some way by WWII.

Whether by destroyed buildings or museums documenting the history so visiting Auschwitz gave us a greater understanding of this brutal part of European and world history.

As you can see, even close to Christmas, Auschwitz and Birkenau are busy with visitors from all around the world coming to learn more about this tragic part of world history at the existing concentration camp sites.

We paid an English-speaking tour guide to take us on our tour around Auschwitz – Birkenau, as this is the only way to have access to the watch tower near the railway entrance.

While access to Auschwitz-Birkenau historic site is free, a tour guide is required to explore the site.

There are tour guides available in several different languages, and tours run throughout the day. Although it is always best to book before you arrive to ensure availability!

Your guide will take you through the main points of interest. They will also provide context and information about what you are seeing

Many of these existing buildings that remain have been converted into educational museum displays, documenting the history, the deaths and how the war came about.

However, some of the buildings are full of artefacts from the prisoners of war, such as a whole room displaying suitcases, hair, personal accessories and shoes, amongst other things.

They are displayed behind glass. It is such an eerie and sickening thought that all of this belonged to people like you and me whose lives were taken away from them either as a prisoner of war or worse, permanently.

Being winter, you can imagine how freezing cold it would have been in a place such as this, likely with minimal clothing to keep warm, and the expectation to work and walk through the snow.

No doubt many people would have died from the conditions alone during the colder months, which is so incredibly sad.

This is inside one of the accommodation buildings, lined wall to wall with 3 level bunk beds.

Our tour guide said each bunk would sleep around 30 people or more, so at least 10 per mattress. They would have been so crowded, but at the same time, it was likely the only way to keep warm too by huddling together through the cold nights during winter.

This was by far one of the saddest spots. This was the location they would take prisoners to execute them, one after another, in large groups.

It is really unsettling to stand here in this spot and know how many men, women and even children may have been murdered right there. Even looking back on this photograph, it leaves a tightness in my chest.

A memorial sits at the entrance of the train tunnel. A small token to acknowledge the many people who lost their lives and their loved ones through this sad historic event.

As we visited in winter, it gives you a whole different perspective of Auschwitz and Birkenau in the snow.

If you want to see how it looks and hear more about this sad place in world history, fellow Aussie travel bloggers The Wyld Family have recently visited in summer. Check out their article.

Getting Between Auschwitz and Birkenau Camps

There is a free shuttle bus that travels between the two camps throughout the day. This is the easiest way to make your way between the historical sites, otherwise, it is a significant walk of around 2km if you do have the time to do so.

Is Auschwitz-Birkenau suitable for children?

Many people ask if Auschwitz is suitable for children. The recommendation on the official museum website advises it is not ideal for anyone under the age of 14.

I think this is a personal opinion and very much depends on the individual. There were children there when we visited. Many of the children there during our visit were too young to understand.

We travelled with my brother-in-law who at the time was 14. He was old enough to understand, being in his early teens and not quite a child anymore, but still young.

He coped fine with the experience and appreciated having witnessed a significant part of history, especially being from a Polish background.

However, younger children may find it quite upsetting, or potentially boring if too young to understand, so I think the best option is to consider your own child before you visit and whether you are comfortable with them seeing the confronting images and stories that are on display.

While there are no rules for visiting around the minimum age of children, the memorial is not recommended for children under 14 years old, based on the website recommendation, however as it is free entry, there is no restriction on you taking your children if you do decide to. Personally, we do not feel it’s suitable if travelling with kids.

There are many guided tours from Krakow to Auschwitz-Birkenau Museum. A group tour is a great option if you do not want to worry about making your own way to the concentration camp site and having everything included for you. Some also include visits to other important sites within the region.

The tours typically last around 7 hours and include pick-up and drop-off from your hotel, entrance fees, a guided tour of Auschwitz camps and sometimes lunch.

Here are some of the best Auschwitz tours to consider:

Auschwitz is a sobering reminder of the horrors that humans are capable of, and it’s important to remember what happened here in order to make sure nothing like this ever happens again. Visiting Auschwitz can be an emotional experience, but it’s one that everyone should try to do at least once in their lifetime.