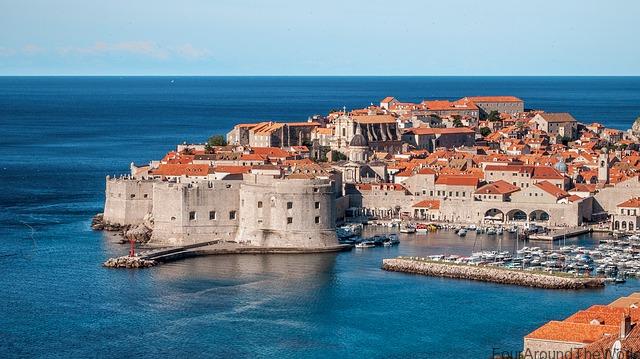 Our 2016 Must See Destinations

As we plan our travel for the new year, we have put together our list of our must see destinations for 2016, based on our own travel plans and of course, the highlights we are looking forward to with each destination.

With a relatively new baby in the household and a toddler, travel has slowed down for us a little over the past couple of years. Mostly because of me giving up work to stay home with the kids and earning much less with freelancing and blogging compared to life as a psychologist.

However, 2016 we are set to get back out there and have some adventures abroad, kids in tow.

OUR 2016 MUST SEE DESTINATIONS

For the last couple of years, we have been saying our next big trip would likely be to the USA, perhaps once both kids were big enough to enjoy Disneyland a little. Then there’s that once in a lifetime opportunity to attend a family wedding in Poland and things can change in an instant.

So back to Poland we go in August, and that meant coming up with a few new places to visit on our third Europe trip together (4th overall for Simon). And the first place that came to mind was Croatia:

I’m a huge Game of Thrones fan. Simon has never seen the show.

But travelling to Dubrovnik is currently my number 1 must-see travel destination. And while the fact that Game of Thrones films partly in Dubrovnik is a pretty cool bonus, it actually has very little to do with my reason to visit.

Every single photograph of Dubrovnik looks amazing. The city walls and compact city, sitting right along the Adriatic sea and it’s crystal blue green waters. It looks like a scene from a movie and nothing like real life from the photos and videos.

And of course, the history is appealing too. We will be staying within the city walls, 800m from the city centre, with distant sea views from our villa terrace. And it will be amazing!

While in Dubrovnik we also have plans to visit a lot of the neighbouring islands, such as Mljet which is right nearby.

A day trip over the border is a must-do too – we ended up taking an amazing day trip to Mostar from Dubrovnik by bus.

CHECK OUT OUR GUIDE FOR VISITING DUBROVNIK WITH KIDS

Halfway between Dubrovnik and Split is the island of Korcula, rumoured to be the birthplace of Marco Polo.

Whether or not this is true, I look forward to experiencing the Venetian influences of the city, again sitting right along the ocean. We are doing an overnight stay at Korcula for some quick exploring in-between ferry stops.

Almost as well known as Dubrovnik is the Croatian city of Split. While I know much less about Split and what it has to offer, I do know it is still a perfect gateway to some of the neighbouring islands and it too has interesting history that we are looking forward to learning more about.

While we know it will be a long and exhausting day for the kids, we are definitely heading to Plitvice National Park for a day trip while in Split too.

Read next: Top Destinations for 2019

Somewhere I will admit I had not even heard of until recently is Mostar. Actually, I never realised Bosnia now also had an ‘and Herzegovina’ either.

But we are looking forward to making a day trip over the border while in Dubrovnik as it sounds like a beautiful part of the world.

There are regular bus day trips from Dubrovnik to Mostar.

From what I have read, there are definite signs of war still in place in Mostar, which can be quite confronting such as bullet-riddled ruins.

However, the Mostar bridge is quite famous and picturesque, along with the town and other sights to see nearby. And seriously, who doesn’t love a chance to visit a whole new country for a day?

I have always wanted to do a European river cruise. The adverts are on all the time with these luxurious cruise ships with each room having their own private balcony (and yes we felt so fancy having a private balcony when cruising Halong Bay).

So the budget isn’t really prepared for European river cruising, but it doesn’t mean we can’t enjoy the scenery that they always show… the view of Budapest parliament building from the river.

So to Budapest we shall go. We haven’t decided if we are flying or doing an overnight sleeper train between Split and Budapest yet but we are looking forward to experiencing some of the history and the beauty of the city. Oh and the baths… we are totally going to a Budapest bathhouse, even if Simon does think it’s the place old men hang out to play chess.

Check out our Budapest posts since our visit:

We feel quite at home in Poland these days after having spent so much time there both during summer and winter now. There are still parts we haven’t visited, however, that list is getting smaller!

Check out the best places to visit in Poland, now that we’ve seen each of the cities on this list:

We have seen a lot of Poland, but have never headed north along the coast and this time we are doing exactly that, with a few days to spend in Gdansk along the Baltic Sea. We will be taking a day trip to Sopot and Gdynia as well and visiting the world’s largest castle – Malbrook, just outside of Gdansk.

Having only been to Poland in winter, it actually seems so bizarre for me to be visiting a part of Poland with beaches. We talk about swimming in Poland, but really… that’s so strange after seeing it in the middle of winter covered in snow. Pretty excited!

While in Poland we are headed back to Bialystok which is where Simon’s mum is from. This is of course where the wedding will be. A few days to wind down and catch up with family before experiencing a traditional Polish wedding.

But there will be vodka. Lots of it! And delicious traditional Polish food.

There isn’t a lot else to do in Bialystok. In fact, during our last visit, we went shopping and to the cinema twice. Yep, we watched ‘Australia’ with Polish subtitles… and Twilight. Don’t laugh. Sometimes you need a chance to chill out the way you do at home when travelling.

Related: Best things to do in Bialystok

Not just because it is the most convenient option to fly home from, we are stopping in Warsaw for a couple of days at the end of our trip to visit a few places we loved on our last Warsaw stay.

Again, it’s the opportunity to see Poland in summer instead of winter and we are looking forward to seeing Lazienki Palace again, this time minus the frozen lake.

It is one of the most beautiful palaces in the world in my opinion, simply because of its waterfront location. It isn’t grand like Versailles or Schonbrunn, but a really beautiful place worth visiting, just outside of Warsaw.

I know Simon would love to visit the Warsaw Rising museum again too but with the kids, it might not happen. It had some very graphic content and by then with an almost 4 year old, it might not be a good option.

Or maybe the boys can go while us girls go shopping… but then again, shopping in Poland with 2 kids under 4 when I don’t speak Polish. Maybe I will wait for my Polish-speaking hubby and brother in law…

We have been to New Zealand before, for a brief 4 day weekend stay in Auckland. And while we loved our time in Auckland, most people find the city very unimpressive compared to some of the alternatives on offer throughout New Zealand.

A trip to New Zealand wasn’t on the agenda, but following our tragic family loss of my nephew earlier this year, my sister would like to spend his birthday somewhere special each year and next year the goal is New Zealand.

We are Lord of the Rings fans… both of us… unlike Game of Thrones where it’s just me. So a visit to Hobbiton would be cool one day, but more so the scenic parts of New Zealand are high on the agenda, with Milford Sound being a must.

Update 2019: We did it! Check out our ultimate guide to where to stay in a campervan in New Zealand’s South Island.

Somewhere a little closer to home is Townsville, in north Queensland. We live in Queensland… in the south east, and quite a way down from the tropical north.

We visited Townsville last year for my cousin’s wedding and next year her sister is due to tie the knot, so we are hoping to make it for a quick trip to Townsville in February.

This time we are hoping to spend a couple of days on Magnetic Island after falling in love with it after a day trip last year. Such a beautiful place and I look forward to swimming at Arcadia Beach again. The water was the perfect temperature and the beach is protected by a cove, so it’s great for the kids too.

So those are the main plans for 2016, but who knows where else our adventures may take us. Close to home or abroad, sometimes it pays to expect the unexpected. But that is our must see list for 2016.